I happened to be in Denver last Saturday and found my way to Coors Field:

It’s a beautiful place.  The Rockies were playing the Mets, and the batters on both teams were having fun: the final score was 12-11 Rockies.  (The Rockies’ home batting average is something like 40 points higher than that of any other team.)

Here are some differences from Fenway Park: 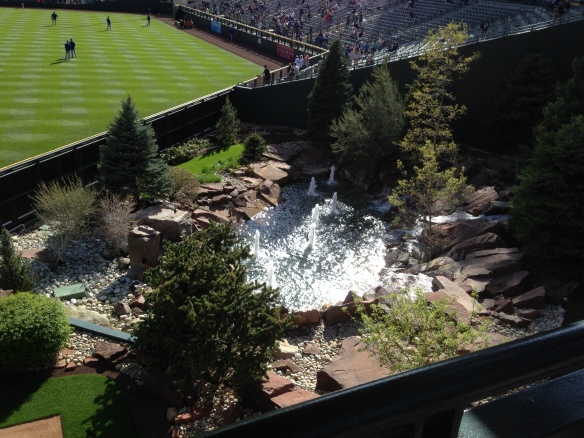 Here was the scene after a Rockies grand slam: 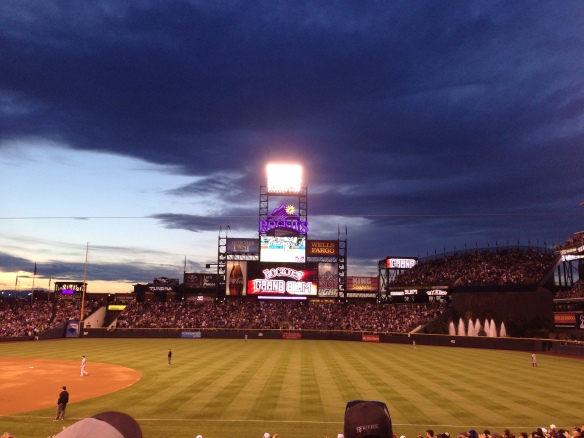 There was a bit of a Boston flavor to the game: the Rockies starter was ex-Red Sox Franklin Morales, who was terrible.  And the Mets’ middle reliever was old friend Dice-K Matsuzaka, the most annoying pitcher who ever lived.  Luckily, he didn’t have one of his four-walk, three-strikeout, 40-pitch innings that made you want to swear off baseball forever.  Maybe middle relief is where he belongs.