Yup, I was there. Here’s what things looked like as we awaited the start of the show: 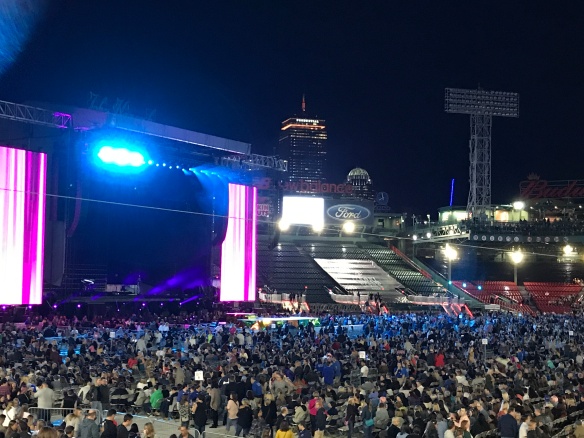 Note the Prudential Center lit up in orange.

Here Lady Gaga is singing a song that involved setting the stage on fire: 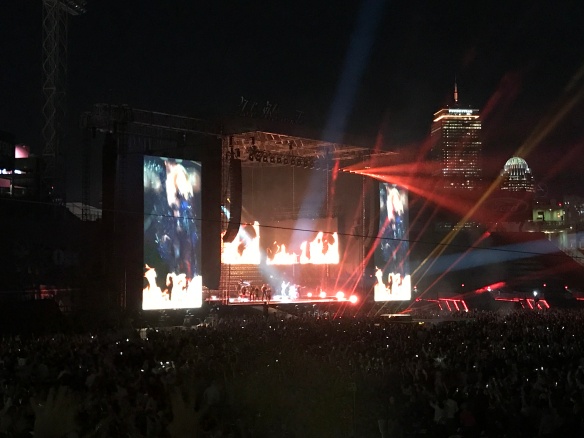 Here are all the cell phones lit up in a communal ritual of adoration as she sings “Million Reasons”: 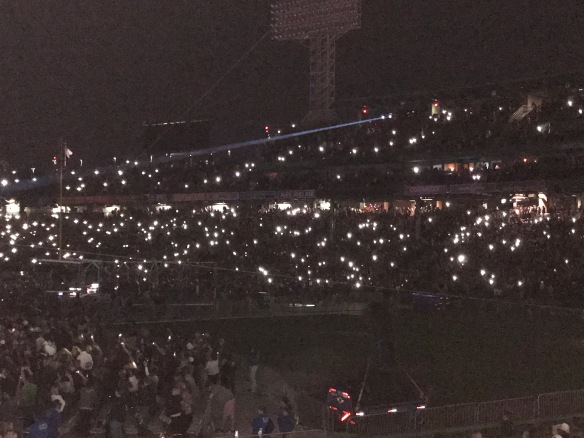 And here she is at the end wearing her oversize cowboy getup: 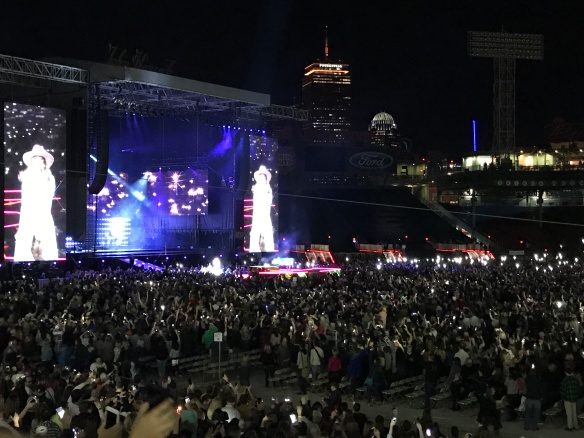 It turns out that we are the best fans in the world, and she couldn’t do it without us.