Provincetown is quiet in March.  Most of the shops and art galleries don’t open till May, and many of the hotels are closed, as well.  Why go there?

My lovely wife and I go there because that’s where we spent our honeymoon, back in the McKinley administration, or maybe it was the Garfield administration; it’s hard to keep administrations straight after a while.  We were broke, and Provincetown in March was about all we could afford. So for us, a visit there is about memory as much as it is about sightseeing.

Here is the Provincetown War Memorial, with the Pilgrim Monument in the background:

Here’s Commercial Street, which will be so crowded in July you won’t be able to breathe. March is the time to get the streets and sidewalks repaved: 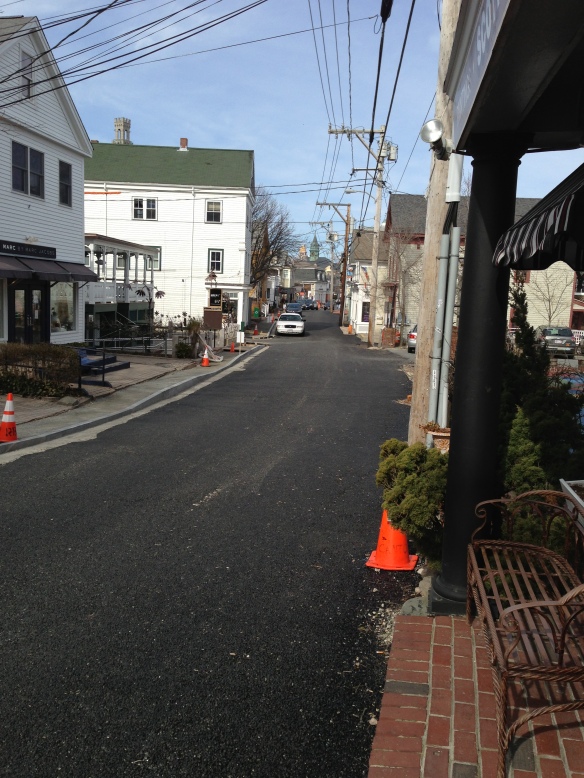 Here is the Town Landing, with one wrecked little boat lying in the sand:

And here is the scene at Herring Cove Beach, look off towards Race Point Light (I think).

We pretty much had the place to ourselves.  Which was fine by us.