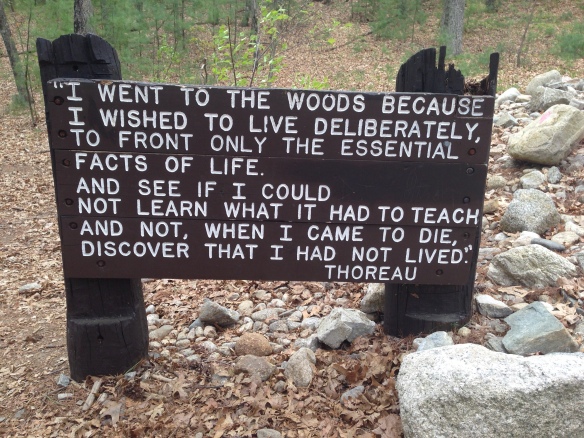 My edition of Walden notes that, of all the English-language books published in 1854, only two are still read: Dickens’ Hard Times and Henry David Thoreau’s Walden.

My son spends a lot of his time shepherding college kids around the historic sites of Jordan, and he has begun to realize that there were plenty of historic sites in his own back yard that he hadn’t visited.  Walden Pond is one of them.  He’s home for a couple of weeks, so we went for a visit.

A hundred and sixty years on, Walden Pond is part suburban bathing beach, part national literary landmark. Moms tend toddlers playing in the sand while Japanese tourists troop past, taking photos of each other.  Overhead, planes fly by headed for Hanscom Field.  As rush hour approaches, a traffic jam develops on Route 126, just a few yards from the pond.  On the far side of the pond the train line that was just built in Thoreau’s day is still in use, ferrying commuters to and from North Station.

You tramp half a mile from the bathing beach to the site of Thoreau’s cabin: 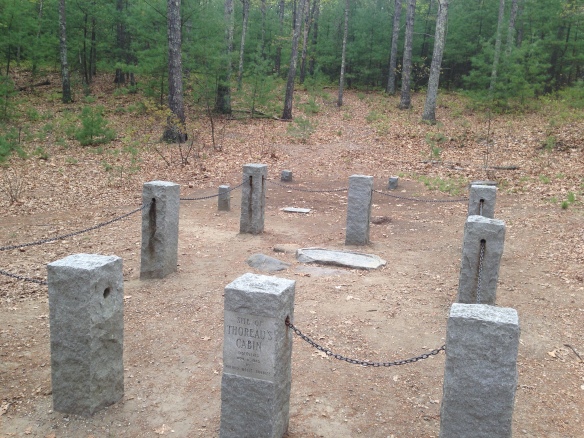 People leave rocks behind in homage to Thoreau:

The original cabin is long gone.  But back in the parking area, you can visit a replica. It is tiny:

In front of the cabin is a statue of Thoreau.  Here is a touristy shot of my son showing Thoreau and Arabic-language novel he’s been reading: 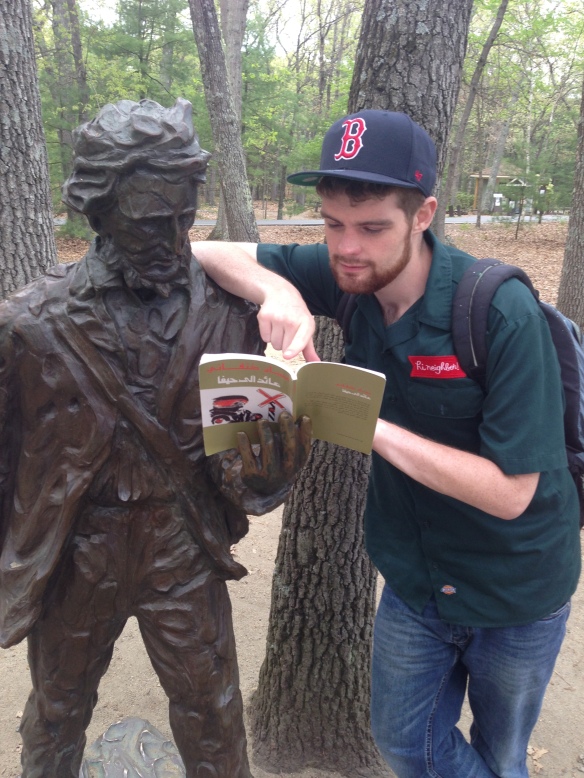 Walden is a strange book. I find a lot of it boring, but in the midst of an uninteresting passage I’ll be astonished by a beautifully crafted insight. Here’s a familiar one that seems appropriate for graduation season:

If you have built castles in the air, your work need not be lost; that is where they should be. Now put the foundations under them.