I’m finally getting around to reading Funeral Games, the last volume in Mary Renault’s trilogy about Alexander the Great.  It is wonderful.  And it addresses some issues I’m trying to solve while starting up my new novel, which will be a sequel to my upcoming 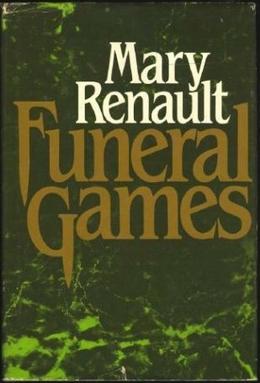 novel Terra (which by the way, should be available in a matter of weeks.)

The first problem with writing a sequel is that you have to treat it as a stand-alone novel. You shouldn’t assume that the reader has read (or has remembered) the book to which it’s a sequel.

But there’s also a deeper problem.  Why are you breaking the story in two?  Why not write one long novel?  The sequel really needs to be somehow different.

What Renault did in Funeral Games is something I’ve decided to try in my own sequel. The predecessor to Funeral Games, The Persian Boy, is a first-person narrative, told by a young eunuch named Bagoas who grew close to Alexander at the  peak of his glory.  But in Funeral Games, which tells the story of what happened after Alexander’s death, Renault gives us a panoramic multiple-third-person point of view.  We are now inside the heads of characters whom before we only saw from Bagoas’s point of view.  And Bagoas is now seen from their point of view.  The effect is to immediately deepen and broaden the story.  And changing the point of view also helps with the first problem — we get to experience events from the first two books in the point-of-view characters’ memories, so the backstory is established effortlessly.

Anyway, this is exactly what I’m trying to pull off in my new novel.  We’ll see how successful I am.  Renault set the bar very high.