Every one of the main characters in the HBO series “Girls” is so irritating that you want to shake them–or worse.  (My wife said she just wanted to stab Hannah Horvath after one episode.)  But all the characters feel real to me.  And none feels more real than Lena Dunham’s aspiring writer, Hannah Horvath.

Hannah desperately wants to think of herself as a writer, but she hasn’t done anything yet to convince the world (or herself) that that’s what she really is.  She “inks” an e-book deal, but the deal falls apart when the publisher drops dead.  She gets a job writing advertorial pieces 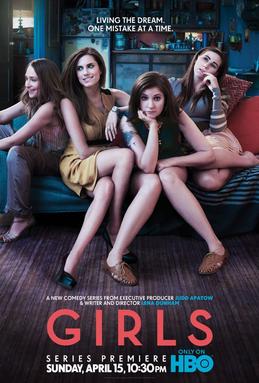 for a magazine and tries to feel superior to her co-workers, only to find out that they are already more successful than she is.  And, finally, she gets accepted to the Iowa Writers’ Workshop, where she has to participate in the dreaded writing group.

The rules for a writing group are apparently universal (and maybe they originated at Iowa). The rest of the group reads your submission, and then each person gets to comment on it in turn.  You’re not allowed to respond until everyone has finished.  So you have to sit there and listen to a bunch of people criticize something you have put your heart and soul into.  In the “Girls” episode at Iowa, a black guy is first up, and everyone raves about his authentic voice and whatnot.  When it’s finally Hannah’s turn, they savage her.  And she just can’t cope.  Of course they don’t understand her piece, and of course she has to explain it to them.  But that’s not the way the writing group works.  She asks the teacher if she can say five words, but the teacher won’t let her.  So she slips in the single word “History,” as if that will explain everything and silence all her critics.

It’s a poignant scene–at least for a writer.  My first experience with a writing group was during my senior year at Harvard.  It took place in the living room of a professor’s house on Brattle Street in Cambridge.  The professor did his best to keep everything low key and civil, but it was pretty traumatic, at least for me. I wrote nothing but science fiction in those days, and I just knew the other students weren’t going to like what I produced.  But I was desperate for their approval–for anyone’s approval, really.  I was the last one to have my story critiqued, and it was . . . not bad.  At least, I don’t remember feeling the necessity to explain myself like Hannah.  Whatever criticisms people had, I was able to listen to the them and survive. The story, as I recall, wasn’t terrible, but like everything I wrote in those days, it was all surface; it wasn’t a story about real life. It certainly wasn’t publishable; publication (and becoming a real writer) was years away.

Anyway, I felt for Hannah in that episode–and every episode, even when we want to stab her.  She’s a narcissistic jerk, but that just means she’s one of us.  It’s tough being a writer.